PRESS RELEASE: Three organisations from the former National Consultation Platform on Minorities call for changes to government communication on crime and countries of origin 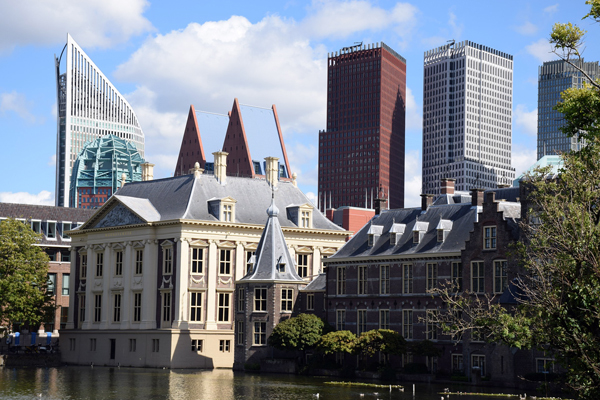 In a letter sent yesterday, 8 April 2019, the organisations Ocan (formerly known as the Dutch Caribbean Consultative Body) Cooperation Platform Moroccan-Dutch (SMN) and the Consultative Council of Turks in the Netherlands (IOT) have called on various cabinet members to reconsider how the government communicates about crime and the country of origin. Since the 1990s, numerous government publications have been published in which suspect figures are presented, classified according to a selection of countries of origin. If one of your parents is born in a certain country, you are classified as a separate group in government communication about - for example - crime rates. In at least one publication, groups were also broken down based on the country of birth of grandparents.

John Leerdam, chairman of Ocan:
“For more than twenty years, government organisations have been presenting crime rates broken down by country of origin, in all kinds of publications. But what is the added value of this? That still remains vague! Government research on crime is about uncovering underlying factors such as economic position, level of education or upbringing. Categorisations by origin are by no means necessary. It is almost impossible that this type of communication has not in some way had adverse effects for Dutch-Antilleans, for example for the position on the labor market. It is therefore time to talk about this in a society that advocates inclusion. Especially in view of equal opportunities for our youth, we believe that people’s country of origin should not be mentioned every time we talk about crime.”

The three organisations propose a number of concrete steps. Among other things, the organisations ask for a clear and complete written reconsideration, in case the responsible cabinet members and government organisations choose to continue with communications of this type.

Bouchaib Saadane, chairman of SMN:
“A few years ago, the terms ‘allochtonous’ and ‘autochtonous’ were banned from government communication, supported by extensive government assessment. One of the arguments then was: negative effects on public perception and prejudices. Without much explanation, suspect figures are still being broken down by country of origin. Why would the government’s considerations look differently for country-of-origin categorisations than for the terms ‘allochtonous’ and ‘autochtonous’? And shouldn't you learn a little more about how these figures are perceived by citizens?"

In the past twenty years, governments have not reconsidered the continuation of the origin breakdowns in crime figures as a separate topic, nor has there been any research into the reinforcing role of government communication on negative perceptions. Such an assessment would also have to pay attention to the criticisms of ECRI, the European Commission against Racism and Intolerance, according to the three organizations. In both 2007 and 2013, ECRI emphasised that the Netherlands violates a norm with the Dutch methods of categorising and presenting data on the basis of country of origin.

If in the future government bodies continue with the country-of-origin breakdowns in suspect figures, then groups with the same socio-economic characteristics should be compared in all of the publications, according to Ocan, IOT and SMN. The vast majority of current publications that refer to suspect figures and countries of origin do not meet this condition.

Substantial progress should then be made in the publications that remain, according to the three organisations. They call on the government to collect more data with which different origin groups can be made more comparable. In addition, they call for more work to be done on research into, for example, ethnicprofiling, the influence of (friends) networks and the influence of daily negative attitudes about people’s ethnic origins.

Zeki Baran, IOT chairman:
“Research into factors that correlate with crime does not have to start with the question why there are differences between different origin groups. If you omit that question, you can still acquire exactly the same knowledge about criminogenic factors. The starting point must be that criminogenic factors are characteristics that occur throughout the world, regardless of the origin group. A clear exception to this is selectivity in police arrests. We therefore welcome it if this type of selectivity deserves more attention in crime analyses and data gathering”.